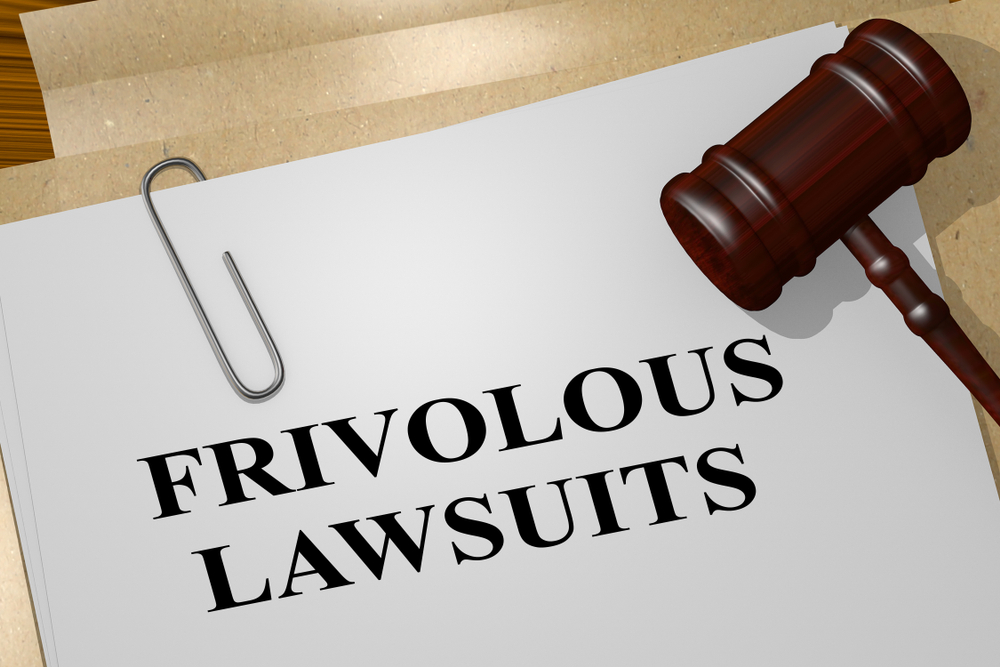 What are the limits of attorney immunity in Texas? If the other side’s attorney does something harmful to you, can you sue them?

In most cases, the answer is no. Not only can you not sue the other side’s lawyer, but you may wind up paying them, as sanctions for filing a frivolous lawsuit, instead of them paying you…

There are some exceptions to the rule, however. Below, we will provide an overview of attorney immunity in Texas, including recent Texas Supreme Court decisions that set the boundaries of when a non-client can, and cannot, sue an attorney for various types of conduct.

Attorney Immunity: When is an Attorney Liable to a Non-Client for Damages?

The general rule is that an attorney is not liable to a non-client for damages stemming from their representation – a rule that has survived for centuries, passing from English common law to the American legal system.

Texas courts follow this rule, and, more recently, have further defined attorney immunity in a series of appellate opinions based on privity of contract, the judicial proceedings privilege, the Texas Citizen’s Participation Act (TCPA), and the separate doctrine of attorney immunity.

Even as far back to the adoption of English common law after the American Revolution, American courts have held that you cannot sue an attorney for damages resulting from their representation of an opposing party.

For example, in Robertson v. Fleming, in 1861, the House of Lords held “that a group of sureties could not sue a debtor’s solicitor for drafting a security agreement that failed to provide them proper security,” because there was no privity of contract between the solicitor and the sureties – the solicitor’s duty was to his client and not to the adverse party.

The United States Supreme Court officially adopted the rule requiring privity between an attorney and client in Savings Bank v. Ward, 100 U.S. 195 (1879), declining to allow a lawsuit by a bank that had relied on an attorney’s incorrect certification that his client’s title to property was unencumbered.

In many cases, the judicial proceedings privilege will apply to attorney conduct.

It is an absolute privilege, usually invoked in response to allegations of defamation, that covers “any statement made by the judge, jurors, counsel, parties or witnesses, and attaches to all aspects of the proceedings, including statements made in open court, pre-trial hearings, depositions, affidavits and any of the pleadings or other papers in the case.” (see Landry, Inc. v. Animal Legal Defense Fund)

Attorneys in Texas are also covered by the Texas Citizen’s Participation Act (TCPA), an anti-SLAPP measure designed to protect against frivolous lawsuits intended to silence or harass a defendant.

Under the TCPA, a defendant can file a motion to dismiss a lawsuit if it is “based on or is in response to a party’s exercise of free speech, right to petition, or right of association…,” and, if the motion is granted, the court is authorized to sanction the plaintiff by ordering them to pay the defendant’s attorney fees, court costs, and a sanction sufficient to deter the plaintiff from filing similar lawsuits in the future.

Attorney immunity is an independent defense, although there is some overlap with the judicial-proceedings privilege.

Attorney immunity is a “comprehensive affirmative defense protecting attorneys from liability to non-clients,” recognizing that “attorneys are authorized to practice their profession, to advise their clients and interpose any defense or supposed defense, without making themselves liable for damages.”

Attorney immunity “applies when attorneys act in the uniquely lawyerly capacity of one who possesses ‘the office, professional training, skill, and authority of an attorney,’” and when the actions complained of are “the kind of conduct in which an attorney engages when discharging his duties to his client.”

Let’s look at a few examples of when attorney immunity applies, based on recent Texas Supreme Court Opinions.

Examples of When Attorney Immunity Applies in Texas

The Texas Supreme Court has set the boundaries of attorney immunity in several recent cases, including when an attorney is liable to a non-client for alleged fraud, for conduct during settlement proceedings, for alleged criminal conduct, and for conduct involving transactional representation as opposed to during litigation.

Is an Attorney Liable to a Non-Client for Fraud?

In 2015, the Texas Supreme Court decided Cantey Hangar, LLP v. Byrd, where they held that attorney immunity applies to a lawsuit brought by a nonclient alleging that an attorney fraudulently assisted their client in transferring title to an airplane (which was ordered by the court) in a way that put tax liability on the plaintiff instead of the attorney’s client (which was not ordered by the court).

The Court held that fraud, when it does not involve “the kind of conduct in which an attorney engages when discharging his duties to his client,” is not protected by attorney immunity, but, in this case, the alleged fraud involved the preparation of documents to transfer title to the attorney’s client which, even if it was done negligently and even if it did not comply with the court’s order, was the type of conduct that is expected of an attorney.

Plaintiffs cannot get around attorney immunity simply by alleging fraud if the conduct was part of the attorney’s duties in representing their client.

A fraudulent business scheme with a client, which is outside the scope of representation, for example, would not be covered by attorney immunity. Nor would an attorney’s conduct in knowingly assisting a client in evading a judgment through a fraudulent transfer.

Can a Non-Client Sue an Attorney for Conduct During Settlement Negotiations?

In 2018, the Texas Supreme Court decided Youngkin v. Hines, where the Court dismissed a nonclient’s claim that opposing counsel’s attorney had fraudulently negotiated a settlement agreement knowing that his client would not follow through with the agreement.

Although the plaintiff may have been harmed by the alleged misrepresentations, the attorney was covered by attorney immunity because 1) the settlement agreement was read into the record in open court during judicial proceedings and 2) the conduct complained of was within the scope of the attorney’s legal representation of his client.

Is an Attorney Liable for Alleged Criminal Conduct During Litigation?

In Bethel v. Quilling, Selander, Lownds, Winslett & Moser, P.C., decided in 2020, the Texas Supreme Court held that allegations of criminal conduct, when the alleged conduct was the type of conduct that is ordinarily a part of legal representation in litigation, does not defeat attorney immunity.

The plaintiffs alleged that the attorney destroyed evidence, which could be a criminal act, but, according to the facts related by the Texas Supreme Court, the evidence, trailer brakes alleged to have caused a crash, were destroyed by an expert consultant who was retained to analyze the brakes.

The Court was clear that criminal actions could constitute the basis of a lawsuit by a nonclient if they are not part of the attorney’s representation. For example, if the attorney destroyed the brakes by smashing them with a sledgehammer, that would not be normal conduct for an attorney representing their client. Sending a piece of evidence for analysis, however, is ordinary and expected conduct in the course of an attorney’s representation.

What About Attorney Conduct Outside of Litigation?

In Hayes & Boone, LLP v. NFTD, LLC, in 2021, the Texas Supreme Court clarified that attorney immunity applies in all adversarial contexts – including business and transactional contexts like contract preparation.

Where the attorney allegedly knew that his client had lost their patents due to a missed deadline, and then prepared a business profile for prospective buyers that claimed a high value for the client’s intellectual property (which was false because the patents did not exist), attorney immunity applied when the buyer later sued the attorney claiming that they had relied on the attorney’s misrepresentations.

Attorney Immunity Does Have Its Limits, and There are Other Methods of Enforcing Attorney Ethics

Can attorneys just do what they want without repercussions, then?

In Landry, Inc. v. Animal Legal Defense Fund, decided in 2021, the Texas Supreme Court allowed a defamation claim against an attorney for statements made in a press release and published on their blog. Statements made in court pleadings or the courtroom during litigation are protected by attorney immunity and the judicial proceedings privilege, but those same statements can be slander or libel when they are made to the press or in a blog post.

The bottom line is that, if you are not the client, you cannot sue an attorney for conduct that was in the course of their representation. What stops attorneys from unethical or illegal conduct committed during representation, then?

Attorneys are governed by the Rules of Professional Conduct – if they violate an ethics rule, they are subject to discipline by the state bar up to and including disbarment, and anyone can file a grievance against an attorney including nonclients.

Attorneys are subject to the criminal laws of Texas – if an attorney commits a crime during representation of a client, law enforcement authorities can investigate, arrest, and prosecute the attorney.

Attorneys are also subject to malpractice lawsuits by their clients – if a nonclient is hurt by an attorney’s representation of their client, their remedy is to sue the client, who can then sue their attorney for indemnification if the attorney’s conduct was actionable.

Caution: Attorneys should be ever vigilant to ensure that, while zealously and fiercely advocating for their clients, they do not violate the ethics rules, commit crimes, or make public defamatory allegations against the opposing parties.

Caution: Would-be litigants should be aware that frivolous lawsuits – and, regardless of how you were hurt, most lawsuits by a nonclient alleging conduct that occurred during an attorney’s representation will be frivolous lawsuits – can and do result in significant sanctions against the plaintiff.

For example, in Landry, although the Texas Supreme Court did not rule on the issue of sanctions and remanded the case for further consideration, the trial court ordered the plaintiff to pay a total of $450,000 in sanctions in addition to the defendant’s attorney fees. Similarly, in Youngkin, the Texas Supreme Court remanded the case with instructions for the trial court to consider an award of attorney fees and sanctions under the TCPA.