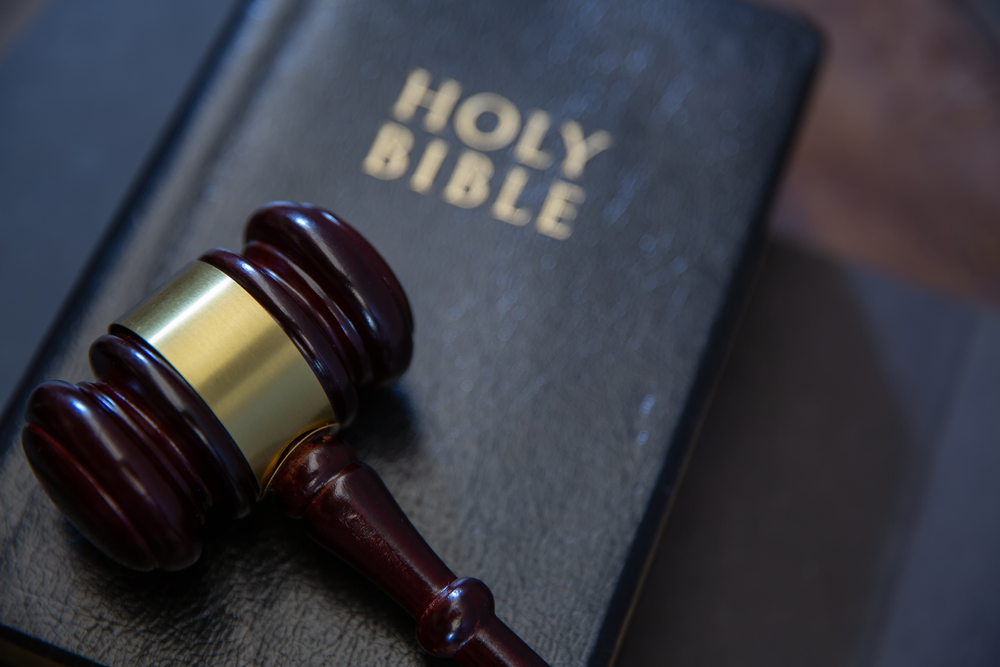 Do Judicial Prayer Sessions in the Courtroom Violate the Establishment Clause? In Freedom from Religion v. Mack, the Fifth Circuit Says It is Constitutional

In what may be the first case to head to the US Supreme Court challenging judicial prayer in the courtroom, the Fifth Circuit has held that a Texas judge’s courtroom prayer sessions do not violate the Establishment Clause, reversing a lower court’s grant of summary judgment to the plaintiffs and instead granting summary judgment to the defendant judge.

Whether you agree or disagree with the Fifth Circuit’s conclusion may depend more on your faith and your view of that faith’s place in the courtroom than any arcane analysis of constitutional law. Simply put, many Christians – the predominant faith among Texans – believe that laws and courtroom proceedings should be faith-based, while many non-Christians (and quite a few devout Christians) believe that all government proceedings should be completely secular.

The Fifth Circuit’s majority and dissenting opinions in Freedom from Religion v. Mack illustrate how those on either side of the fence can find legal arguments to support their position…

According to the Fifth Circuit, prayer in the courtroom does not violate the Establishment Clause because “public, government-sponsored prayer has long enjoyed a place in American life.” The Court primarily relies on Town of Greece v. Galloway, 572 U.S. 565, 590 (2014), which held that legislative prayer “has long been understood as compatible with the Establishment Clause.”

The Supreme Court in Galloway held that a town did not violate the Establishment Clause by opening its board meetings with sectarian Christian prayers, in part because there is an “unambiguous and unbroken history of more than 200 years” of legislative prayer that has “continued virtually uninterrupted since the Founding.”

While ignoring the fact that most American courtrooms do not include prayer as an element of their proceedings in modern times, the Fifth Circuit notes that there is plentiful evidence of historical acceptance of judicial prayer including:

The procedure includes the bailiff directing audience members to stand and bow their heads during the prayer, which the judge hopes will “set[ ] a tone . . . [f]or everybody that’s in the courtroom,” that the “rule of law will be applied and respected and that people are in a place where they can seek justice.”

The judge has taken care to invite clergy to participate in the judicial chaplain program from various religious denominations to either lead the prayer session or to be on call when they are needed, including representatives identifying as Protestant, Catholic, Islamic, Buddhist, Hindu, Jewish, and Latter-day Saints.

Is Government-Sponsored Prayer in the Courtroom Constitutional?

The Fifth Circuit’s majority opinion found that the judge’s courtroom prayer sessions 1) are not sectarian, 2) are nondiscriminatory, and 3) do not coerce audience members or litigants.

The plaintiffs and the dissenting justice, however, found ample evidence that the prayers are sectarian, are discriminatory, and do coerce the audience members…

Are the prayer sessions coercive?

The Fifth Circuit says the plaintiff can just leave the courtroom if he doesn’t like the prayer.

Litigants or visitors are told they can leave if they don’t want to attend the prayer session. The door is locked during and after the prayer, however, so litigants or visitors tend to draw attention to themselves when they want to leave or when they want to enter the courtroom, highlighting the fact that they may be leaving because they object to the prayer or that they are only coming into the courtroom once the prayer session is over because they object to the prayer.

The plaintiff alleges that he “is “religiously unaffiliated and objects to a government official telling him when or how to pray;” therefore, the prayer ceremonies “violate[ ] his sincerely held beliefs.” Nevertheless, when he attended the judge’s court, he “felt compelled to remain in the courtroom during the prayers,” and was told by a court clerk that he “needed” to participate in the ceremony.

The plaintiff says he – and his clients – feel that he will prejudice the judge against them if he does not participate in the prayer “because the prayer ceremony is ‘baked into every aspect’ of the judge’s court. He infers that the ceremony is very important to Mack and that not participating risks Mack’s ire.”

Other witnesses, including an attorney and a criminal defendant, testified via affidavit that the judge was scanning the courtroom and watched them as they declined to bow their heads for prayer or “showed apathy” during the prayer, and were subsequently treated unfairly in the judge’s court.

Are the courtroom prayers nondiscriminatory and non-sectarian?

The Court finds that there is no evidence that the judge discriminates based on religion or non-religion because, although witnesses say that the prayers are predominantly Christian, the judge says that his court chaplain program “has representatives identifying as Protestant, Catholic, Islamic, Buddhist, Hindu, Jewish, and Latter-day Saints,” and the courtroom ceremonies have included “Hindu and Muslim speakers.”

Relying on Galloway, a case that dealt with legislative prayer and not prayer in a courtroom where defendants are in jeopardy of criminal convictions, fines, or jail time, the Fifth Circuit finds that the courtroom prayers are not sectarian (despite witness testimony that the prayers are Christian and often invoke Jesus’ name), and the Court need not concern itself with the prayers’ contents because there is no suggestion that the court’s chaplains preach damnation, denigration, or conversion.

Is there an “unambiguous and unbroken history of more than 200 years” of courtroom prayer that has “continued virtually uninterrupted since the Founding?”

Most of the Fifth Circuit’s examples of courtroom prayer are from a time before the Establishment Clause was incorporated against the states (in Everson v. Bd. of Educ. of Ewing Twp., 330 U.S. 1, 15 (1947)).

Despite the Fifth Circuit’s list of founding-era examples of judges conducting prayer or religious references in court proceedings, it is clear that 1) most modern-day courts do not incorporate prayer into their courtroom proceedings and 2) there is no “unambiguous and unbroken history of more than 200 years” of courtroom prayer that has “continued virtually uninterrupted since the Founding.”

The question of whether government-sponsored prayer in Texas courtrooms violates the Establishment Clause will likely be decided by the US Supreme Court, and the answer may depend less on the constitutional analysis and more on the individual justices’ view of religion in the courtroom.

Please feel free to contact one of our Murray Lobb attorneys to obtain our assistance in civil litigation as well as general corporate, construction law, business, and estate planning needs.